Any one interested in becoming a coach contact Softball PEI at softballpei@gmail.com or by contacting Mark Quinn at quinner32@hotmail.com or 902 969-6131.

How to Give the “After Game Talk”

After years and years of witnessing, being a part of, and giving the “After Game Talk,” it is evident that it plays a HUGE role in team communication, confidence, and attitude. Many coaches fail to really understand the importance of this talk as they simply want to get their point across, (good or bad), repeat their point, and tend to do so over a long period of time.

by Janis B. Meredith | May 22, 2017
After 29 years of being a coach’s wife and 22 years of being a sports mom, I’ve encountered hundreds of coaching styles. None of those styles comes anywhere close to being perfect. Every coach makes mistakes.

Written By Renee Ferguson
Yesterday, I asked my friends on Facebook to help me pick the next article that I would write. I had a lot of ideas but they were all swirling together in my head; so with their help I have decided to write an article titled “The Male Coaches Guide to Female Athletes”. Everyone knows men and women are different but sometimes it is forgotten that it applies to boys and girls as well. So guys, I hope this gives you some insight into the minds of your female athletes.

“I Know I Made a Mistake”

Written By Bill Boles, Jr
I was coaching third during a heated tournament against a team that has become our rival over the past few years. We had a runner on second base and our girl hit a short fly ball into no-mans-land between the second baseman and the shortstop. Both girls drop-stepped and ran full speed converging on one another and sure enough, there was that spark-emitting collision that quieted the crowd as the second baseman caught the ball for the out.

How To Coach A Pitcher

Written By Keri Casas
Many coaches run into the issue of how to coach a pitcher, especially when they have never been a pitcher before.  Even if a coach has prior experience as a baseball pitcher, it simply isn’t the same; mentally or physically.

Does She Believe In Herself?

Written By John Michael Kelly
After coaching girls’ softball for over a dozen years I have found the female athlete to be amazingly determined, wildly passionate, fiercely loyal yet emotionally fragile.

The Critical Importance of “Feeling Good” on the Field

Written By John Michael Kelly
A concept that I will be covering a lot in 2014, and is an integral part of my next book, is that when an athlete feels good she plays better. That may be a common sense statement but there is so much emotionally brewing below the surface that has to be in place for the “feeling good” part to happen. 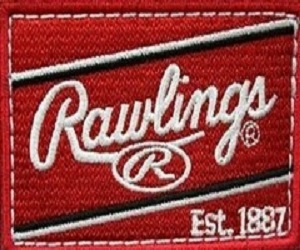